Mystic, prophet, healer, love-god – Grigori Rasputin’s unique talents bring him to St. Petersburg’s luxurious Winter Palace to heal the dying Prince Alexei, heir to the throne, in the waning days of Tsarist rule. When Rasputin succeeds, he becomes spiritual aid to the royal family, and infamous national celebrity to a public that is becoming increasingly critical of its rulers. Rasputin’s hedonistic desires, and the negative attention he draws to the ruling order, is upsetting to a certain faction of the nobility, who plot to kill him in an effort to restore the clean image of the Russian royalty, and to maintain their power in a time of revolutionary crisis. Rasputin’s prophesy that his murder by Royalty proves true, leading to the destruction of the Tsar and his dynasty. This is a dark historical comedy about the first tabloid star Grigori Rasputin … told with puppets.

Nine-year-old Yoyo must confront the reality of being diagnosed with Type 1 Diabetes with her single mother Hannah.

High Calorie is a tale about a very fat boy ‘Meftun’ who lives with his grandmom in Istanbul. Due to his obesity, some people have prejudices towards him. However, he is happy and at peace with himself. One day he meets a girl named Sahika on the internet. Although Meftun show his face and body, Sahika hides her face on the webcam. She stipulates that she will show her face fully, in case Meftun loses a great deal of weight. Therefore, Meftun starts a diet and does a lot of physical exercises in order to get the deal through. During this slimming process, Meftun experiences some funny and touching occasions. He often visualizes Sahika’s face while he’s running. Due to some bad incidents, he takes guard against Sahika and forces her to reveal her face from then on.

A precocious six-year-old switches places with her young mother for a day to discover the true meaning of working twice as hard for half as much.

Diana Losen graduated with her MFA in Writing for the Screen and Stage from Northwestern University in June 2016. Immediately after graduating, Diana acted in A Red Orchid’s production of Sick by Seven and was named a 2016 Academy Awards Nicholls Fellowship semifinalist for her screenplay The Brief & Brilliant Reign of Billy Tread. She went on to produce the world premiere of the play Taught by Mercedes Lake at the American Theater of Actors in New York City. Priest to Priest is her first short film.

I write and direct coming-of-age screenplays and teleplays navigated by protagonists who wield humor like a weapon as they fight to survive, find purpose, and grow up. I craft worlds that mirror our own but also veer off into the fantastical, using supernatural situations to provide escape and metaphor. My stories emphasize the value of the unconventional families we create for ourselves and explore the darker side of young love with romances of the forbidden or doomed variety. I’m interested in examining The Big Things such as meaning and our human obsession with it, the kaleidoscope of identity, and what sets us free. I write stories that capture the strangeness of adolescence, the melancholy of childhood, and the irony of adulthood.

LOGLINE: A nine-year-old priest seeks a mentor to help him defeat the antichrist, a devious middle-school bully.

SYNOPSIS:
Billy Tread (9) delivers a passionate prayer and is overheard by the unconventional, wise Father Williams. Billy introduces himself to Father Williams as a fellow priest but before he can ask for his counsel in defeating the antichrist (Axel Greene, grade 7) he must listen to Father William’s strange confession.

He scores goals like Ronaldo. Though reading out loud or writing doesn’t work as well. But as shy Noah falls in love with a girl, neither nimble feet nor a quick tongue matter and the key to fortune is something else: patience.

The prompt for this film was “ever since that day, things will never be the same”. The story of a girl, Julia, and her grandfather. Julia grows up with a fierce bond with her grandfather, and as she gets older, so does he – and his memory is disappearing. One day he sees Julia as a complete stranger, and that devastates her, and must learn how to cope the best way she can. 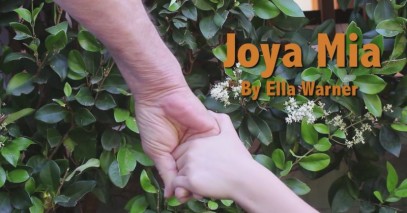 Submit your Family Film or Screenplay to the Festival: http://festivalforfamily.com

The theme of the festival was “CYCLE OF LIFE”.

Every film showcased was about the process of life. We are born. We live. We pass on.

NOTE: This was a showcase of the best FAMILY films from around the world.

This was an amazing night. One of the best of our 2017 season. When you showcase 10 films and every single film gets a vote from the audience for “BEST FILM”, you know you have a special night. This was a night where every single film was a worthy winner.

The full house crowd of 165 people didn’t say one negative comment in the entire moderation. I do not think that has ever happened in our history of over 100 events. People were on a trip of positivity because all of the films showcased were so dynamic.

When you make a short film, especially an animation film, most times it takes years to complete from the inception to completion. So it just gives me a fuzzy feeling inside to witness a festival like this. It was a perfect night.

Big thanks to the moderator of the evening, Kierston Drier, for her amazing job.

My Tweets
FESTIVAL for FAMILY
Blog at WordPress.com.
Loading Comments...